Skier and PZN (Polish Ski Federation) instructor and lecturer, is also a photographer and a cycling and bicycle tourism enthusiast. He has been connected with the Ski School and "Aesculap" Sudety Sports Club since 1970, first as a student and later becoming an instructor himself. He teaches skiing and he is also an instructor trainer for ski instructors. He also photographs events from the above mentioned institutions. He has been designing and updating the website since 2000. Michał Rażniewski was born in Wrocław in 1953. Michał has been photographing since 1981. He took the first pictures with his old Ercona bellows camera, which had he been still using at this time. Michał has started his interests in photography since the moment his daughter, named Joasia, was born. There was an obvious need to record her first steps, baptismal ceremony, birthday parties, and family walks down the paths of the Zabobrze housing estate. He was fascinated with black and white photography with its entire process of making pictures. He derived pleasure from having an influence on making the photographs - from capture to the finished prints.

Since 1985, Michał has been participating in meetings, exhibitions, competitions, and outdoor air photography workshops held by Jeleniogórskie Photographic Association (in years 1985 - 2019). He takes photos of landscapes and sports. Recently, he has been making internet photo galleries that include his so-far photographic achievements: photo essays from bicycle tours, documents and artistic photographs of Jelenia Góra's surroundings. Michał publishes his photos on the Internet, since he finds that the best way to reach the audience. Using a computer, he has already sent hundreds of his photographs all over the world.

We are leading a stressful life. We're hurrying to work. Only not to be late. Through the town, often running. Or by the car - via the ring road, besides. Tired after work we are 'having a rest' at the supermarket. Then home, work, Sunday's walk to the church, dinner. Or even holidays at the Mediterranean See. But where is our beautiful old city? Facades of the tenement houses, juicy green areas of our 'Jelonka'? Where's the view of the mountains surrounding our town? Let's slow down a little bit and believe that the place where we are living is the most beautiful in the world. Today's walk through 'Jelonka' is a real pleasure! Market square, streets like Konopnickiej, Solna, Bankowa... Marvellously renovated public buildings. Luxurious cars... smartly dressed passerby, beautiful girls, music floating gently from many caffeterias... Flowers... More and more tourists - actually,I mean amazing city and a wonderful valley. It's worth to come here! Mountains all around. Jelenia Góra - a mountain town? Of course it is! It's lying at the feets of Kaczawskie Mountains. So let's slow down and have a look. An everyday picture: the streets are vibrant with life. Ways of pedestrians are crossing. From time to time, however, people stop. There's just someone playing the violin in the shadow. Applause. Sometimes a warm smile. The town became colourful and grew prettier. And please, don't tell me now: 'but on the other side...' about the worse one. Now I want to have a rest for at least a while. Carrying a camcorder in my hand. If you like, you can watch a video (link below) which is the result of my optimistic look at the reality, at OUR TOWN. 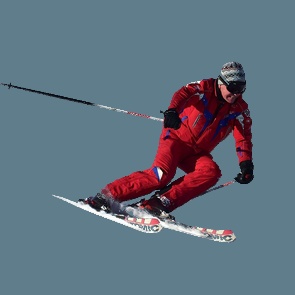 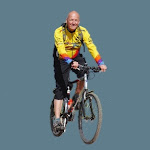